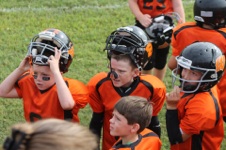 School is right around the corner. That means football season is also here. If you have a player in your family, don’t forget that Osteopathic Treatments can help mitigate the injuries and reduce the symptoms caused by concussions. Recent scientific studies have shown Osteopathic Cranial treatments increase blood flow and hasten the removal of metabolites throughout the brain.

Recent studies have also shown that Osteopathic Treatments are safe and help in the management of Post Concussion Syndrome. Five of the 7 participants who returned for follow-up demonstrated improvement in their overall concussion symptoms based on the Post-Concussion Symptom Scale scores.